Ghana’s annual ritual is here again, the 6th of March that marks the attainment of nationhood by our dear nation, Ghana. This year’s anniversary, and its celebrations, may be a bit modest from those that were held last year in 2017 when citizens of Ghana, at home and abroad, celebrated a great milestone: sixty (60) years of nationhood and nation-building, when we declared our right “to manage, and even mismanage our own affairs”.

Well, we have added another year to the Ghanaian nation’s life. In Ghana, we as a nation, is one year past the retirement age for public officials where 60 years is the top of the maturity age when public servants in that country retire from active work, “go on pension”, to use the local parlance. In this vein, Ghana is matured and a little past the “pension” age, but we have decided that we have not achieved much in our adult life, so we will prod on.

It was in recognition of its very “mature” and anticipated pension age that the Ghanaians decided to give themselves an early birthday present in December 2016, by voting into power, a brand-new government with an emphatic majority, both in the Presidential and Parliamentary elections, never witnessed in the political history of the nation.  Ghanaians sent this unmistakeable message to underscore the fact that they were simply tired and stressed out beyond limit by the previous government that had messed up every aspect of life in that country for the past eight years.

Collectively though, we should all take responsibility for the mess in which the nation Ghana finds itself one year after its “pension age”. The collective apathy and wanton disregard for public property and institutions is ingrained in all of us. The desire to get rich quickly at the expense of the nation and the general good continues. The desire to get into politics and government with the sole purpose of stealing public money is still alive among many of our nation’s citizens, one year past the “pension” age.

Everyone knows that Ghana has all it takes to develop in a big way to provide quality of life for its citizens. The country has its fair share of natural resources including productive lands, minerals and good weather almost all year round. Food production should be no problem, but many of our citizens routinely go hungry. A few years ago, we discovered crude oil in commercial quantities and started production and export to generate additional revenue. The nation abounds in intellectual capacity and in almost every sphere of national endeavour that we wish to embark on, Ghana possesses enough educated people with the requisite skills to execute the jobs if these human resources are well harnessed.

We have abundant sunshine 365 days a year if we care to tap into solar energy. In fact, our list of abundant resources is endless. To all intents and purposes therefore, Ghana has no excuse and reasons for failure and non-performance as a nation up to its current “pension age”. It is in recognition of all the above that the new President, Nana Akufo Addo declared on his inauguration in January 2017 that God did not put us on the land called Ghana with all its resources to be poor. On this anniversary of one year past our nation’s “pension age”, the leaders and citizens of our country have no excuses at all not to perform to achieve good standards of living for its citizens.

We salute Ghanaians, at home, and in the diaspora, on this anniversary of the nation’s birth. 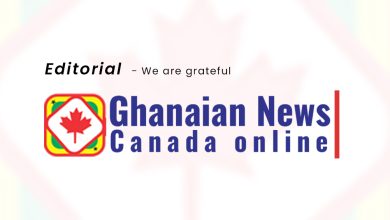