My attention has been drawn to a Class FM news item reporting an interview granted by Mr. Godfred Dame on Metro TV’s Good Afternoon Ghana programme on Thursday, 24 June 2021 in which he was asked a simple question, whether criticism of his performance in his public office (including criticism by me) has put him under pressure? Unable to answer the question directly because of inexperience Mr. Dame chose the well-beaten childlike diversionary modus of training his guns at me personally: “I don’t know. I think that question, perhaps, should be addressed to Mr Martin Amidu because he was very old and supposedly experienced and yet served as attorney general for eleven months, so, you want to ask him…. Maybe, there was pressure on him that is why he served for only eleven months. He did only eleven months. That’s a record.” I certainly hold a proud record as Attorney General and Minister of Justice but not for serving as the occupant of that office for the shortest tenure.

Mr. Dame in answer to another question by his interviewer as to his current relationship with me, true to character again in a childlike manner, sidestepped the question to speak about the past and dishonestly claimed credit where none was due him: “What I can say is that when his office was threatened by a legal suit, his own status as the Special Prosecutor was threatened by a legal suit…. I rather defended him [Amidu]… So, in a way, I’m responsible for his being Special Prosecutor, which he so much touts about”.  Mr. Dame, for reasons of immaturity and inexperience, could not even reason that the Attorney General, and the President had a higher vested interest in the outcome of the case than me or my deputy whose appointment Dr. Ayine’s action also sought to have nullified for unconstitutionality. I shall be demonstrating separately that the disaster (for an unfavourable outcome) rather awaited President Nana Akufo Addo, “The Puppet Master”, who had appointed other older persons to public office, instead of Martin Amidu or Cynthia Lamptey, my deputy, who were only to be affected tangentially. But this is now Ghana’s Minister of Justice and Attorney General!

THE INEXCUSABLE IGNORANCE OF THE HISTORY OF THE MINISTRY OF JUSTICE

First and foremost, eleven months of service as Minister of Justice and Attorney General is not a record in the history of the Office of the Attorney General in Ghana. Mr. Godfred Dame’s answer is a disgraceful reflection on the integrity and competence of any occupant of that exalted and ethical office who ignorantly grants a public interview without knowing the history of the Ministry of Justice and Attorney General’s Department over which he has assumed responsibility. The evidence is openly on display in front of his office, that there were other Attorneys General who served in that office for less than eleven months: eleven months is not therefore a record. Times and value standards have changed such that the National Democratic Congress (NDC) could regrettably be part of the parliamentary approval for public officers who do not even know the history of the Ministries they were nominated to take charge of.

Secondly, Mr. Dame is either a pretender or exhibiting dishonest conduct because he knew or ought to have known more than his interviewer and other forgetful Ghanaians that I exited office as Minister of Justice and Attorney General precisely due to the enormous pressure the Government and its rented press put on me to overlook pervasive Government corruption and hold only its political opponents in the New Patriotic Party (NPP) to account. It was my refusal to bow to the enormous pressure from no less a person than the then President to hold his government’s back by covering the “gargantuan crimes” of his ministers that led to my exit from that Government. The evidence was officially documented contemporaneously by me in several files available in Mr. Dame’s office as Attorney General. My famous two Supreme Court cases now known as the Waterville and Wayome, and the Isofoton and Forson, cases were the direct results of my resistance to the pressure to join in or condone the Government’s corruption. I am, without any regrets, proud of putting Ghana First and upholding my constitutional oath by leaving office as Attorney General fighting corruption just as I resigned as the Special Prosecutor from President Nana Akufo Addo’s Government on the same account of “The Family’s Corruption”.

A little bit of historical facts for lazy, ignorant, or mischievous Mr. Dame, the Attorney General of Ghana

Within the Fourth Republic, the late Mr. Anthony Forson, Snr., whose son was the youngest member of the Consultative Assembly, 1991, and is the current President of the Ghana Bar Association, was Minister of Justice and Attorney General from 1st March 1993 to October 1993. Mr. J. Ayikoi Otoo severed a little over twelve months from 1st February 2005 to 16th June 2006. Benjamin Kumbuor was reshuffled to be the Minister of Justice and Attorney General on 25th January 2012 and ceased to hold that office on 6th January 2013. I do not know when he formally assumed that office. I would have wished I held the record for the shortest period served as Minister of Justice and Attorney General in Ghana, but the facts do not support Mr. Dame’s ignorance of history and his contention about my period of service in that office, however, he calculated it to enable him say: “That is a record.”

Mr. Godfred Yebaoh Dame also knows as a fact that the Government paid me one year’s salary as general damages and three months’ salary in lieu of notice for wrongful termination of appointment as Minister of Justice and Attorney General pursuant to a consent judgment of the High Court dated 14th September 2014. That is an anti-corruption and non-partisan Attorney General and Minister of Justice’s record which Mr. Dame may never have the capability and honour to measure up to before his tenure of office ends.

Mr. Godfred Dame had suddenly become “a god” by virtue of assuming office only three months before the interview and could look into the seed of time to say how long he will serve to enable him to criticize and insult those who have served in that office for eleven months or less. I pray that God grants him good health to surpass eleven months in office, serve a full term and leave behind a record which Ghanaians of all political persuasions will admire and commend. I, at least, achieved the record of admiration and commendation within whatever short period he says I served, that is why President Nana Akufo Addo who appointed Mr. Godfred Dame specifically sought for me, and persuaded me to work with his government as Special Prosecutor and made the public know that: “Mr. Amidu has the requisite integrity and independence of character to occupy such challenging office.”. The President added that: “I have done so because I am fully convinced that Mr. Martin Amidu, a prominent legal personality who held the high office of the Attorney General of the Republic in the government of the late President John Evan Atta Mills has the requisite integrity, competence, courage and independence of character to discharge effectively the responsibilities of this office.”  (Emphasis supplied)

Only three months after assuming office, Mr. Dame developed a better sense of judgment than the President who groomed and brought him from obscurity to the public limelight as a public officer. This is Ghana’s Minister of Justice and Attorney General!

Age has nothing to do with being young and inexperienced in any public office.

But maturing in any public office whatever one’s age is a sina qua non to experience in the “tradecraft” of that public office and requires humility, instead of empty errant pomposity and arrogance. I have seen and worked with Deputy Attorneys General, and Attorneys General who were older than me but exhibited immaturity and inexperienced in the tradecraft of the Ministry of Justice and Attorney General Department. Age and youth are certainly an advantage but maturity and experience in the tradecraft of any public office is more important.

I became PNDC Deputy Secretary at age 31 on 23rd February 1983 from the private sector, but with humility I learnt the tradecraft of the office from my “politically subordinate” working colleagues who were more mature and experienced in public office than me in less than three months of my assumption of that office. I became Deputy PNDC Secretary and Deputy Attorney General in 1988 at the age of 37 (shortly before my enrolment anniversary date in 1978) and I lowered and humbled myself enough to add the tradecraft of the office to my repertoire of knowledge, maturity and experience of public administration and national security from more mature and senior lawyers in that Ministry. I was the only Deputy Attorney General in my time and succeeded as the longest served Deputy Attorney General in Ghana until 6th January 2001(having declined nomination to the Supreme Court in 1999). I was advantaged to have attended Benjamin Gogoe’s Tamale Commercial Institute where the Gregg Typing Manual taught me in October 1966 that: “A fool will be a fool whether he goes to school or not” and further that: “Some people learn to think without reasoning”. I determined never to be a fool or think without reasoning from then onward. It has served me well! Someone may wish to internalize these now.

Number of years lived is not a measure of maturity and experience. Every occupant of the office of the Attorney General, if he must succeed with integrity has to eschew pride, arrogance, and be humble, ever to have God to be his guide to always put Ghana First! God can never be anybody’s guide to put Ghana First when one will not listen to good counsel from people old enough to be one’s parents to avoid exhibiting political partisanship and discrimination in such an august constitutional office. It has been my daily prayer, upon which I act, that God should help every citizen of Ghana, particularly those in authority, to always put Ghana First. I am prepared to pay any price for my daily prayer and actions notwithstanding the threats from “The Family” that: ‘“Timing is everything”, indeed. “The timing and content of his report, notwithstanding.’” The Constitution of Ghana cannot be subordinated to “The Family”! Ghana First!

Akufo-Addo’s Cathedral: A Desperate Throw of the Dice! 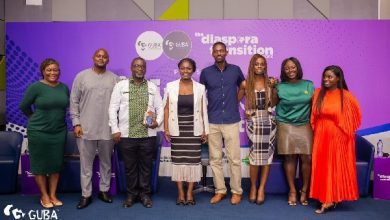 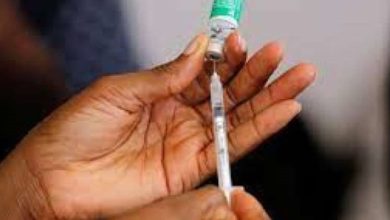 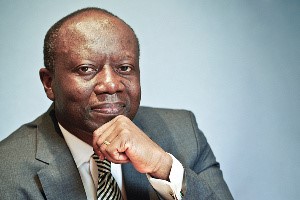 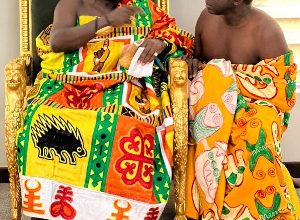 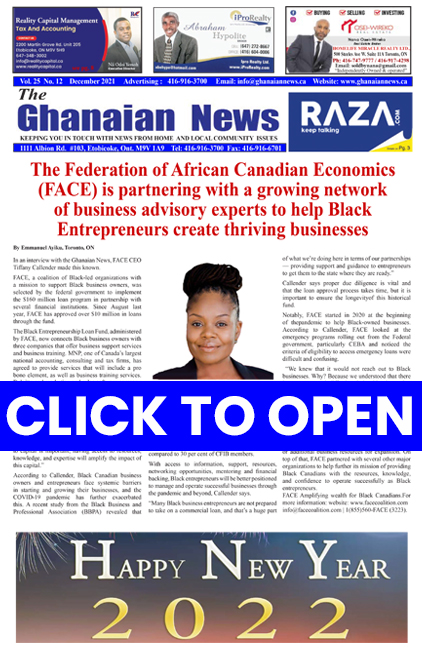