AIPS Africa (http://AIPSAfrica.com) links this to the investigation conducted by the journalist and the newspaper about the company Tactical Steel, mysteriously introduced as main CAF supplier, which led to CAF president Ahmad Ahmad being arrested and interrogated by French police over corruption allegations.

The association therefore condemns the CAF decision to revoke Nazim Bessol’s accreditation and sees it as another attempt to stop the freedom of the media, a direct and blatant response to the investigations.

“I am already in direct contact with AIPS President Gianni Merlo for a global appraisal on what it is another assault on the independence of thought of the sports media”, said Mitchell Obi, AIPS Africa President.

From the continental prism of AIPS Africa we are totally saddened by the resource of the CAF and the brutish show of disrespect to the sports media in Africa.

This action comes from a team that promised change after winning the last CAF election and its first despicable act was to scrap the CAF Media committee in a bizarre logic of reorganisation, which partly includes annulling the accreditation of a sports journalist two days before the event.

AIPS Africa firmly and fervently condemns this ominous act and shares with the Algerian Sports Media the same sentiments duly expressed in seeking an immediate reversal of this unwholesome act.

“We won’t hesitate to go the distance in checking this brazen attempt to hide under the cloak of a collective fold and pursue dark and personal agendas”, said Mitchell Obi, AIPS Africa President.

Distributed by APO Group on behalf of AIPS Africa. 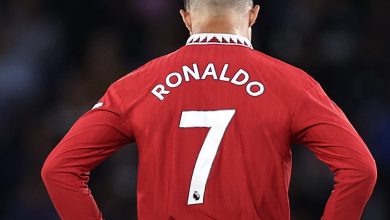