President Akufo-Addo, has charged two newly appointed Justices of the Supreme Court, to do all within their mandate to contribute to the building of a Judiciary that will command the respect of the Ghanaian people.

Addressing two newly appointed Supreme Court Justices after administering the Judicial oath, oaths of Secrecy and Allegiance to them at the banquet hall of the Jubilee House today 28 December 2022, President Akufo-Addo said the surest way for the Judicial arm of government to earn the veneration of the citizenry is through quality and informed decisions.

“To our new Supreme Court judges, Justice Barbara Frances Ackah-Yensu and Justice Samuel Kwame Adibu Asiedu, it is extremely important for you to bear in mind that the growth of our nation demands that we have a Judiciary that commands the respect of the people by the quality of the delivery of justice as well as the comportment of its judges.

“Applications of the laws of the land must occur in the words of the judicial oath that you have just taken, without fear or favour, affection or ill-will and therefore, without recourse to the political, religious or ethnic affiliations of any citizen of the land or any person before you” President Akufo-Addo observed.

“When a person falls foul of the law, society demands that the person will be dealt with accordingly and law enforcement agencies including the Supreme Court, must ensure that this is done.

“That is the true meaning of the concept of equality before the law and I am confident that you will uphold it and distinguish yourselves in the work of the court” the President added.

President Akufo-Addo in his address noted that the new Justices have been appointed to fill the vacancies created by the late Justice Samuel Marfo-Sau who died on 10 August 2021, and Justice Yaw Appaw who retired on 2 August 2021.

“I await Parliament’s approval of the two remaining nominees, Justice George Kingsley Koomson and Justice Ernest Yao Gaewu to fill the vacancies created as a result of the retirement of Justice Clemence Honyenuga which took place on the 24 September 2022 and Justice Agnes Dodzie, who retired on 2 October 2022” President Akufo-Addo stated.

Justice Barbara Frances Ackah-Yensu on behalf of his colleague, Justice Samuel Kwame Adibu Asiedu and on her own behalf, registered their appreciation to the President, the Council of State, Parliament, the Judicial Council, the Chief Justice and the Ghana Bar Association for the trust reposed in them.

“While we give thanks to the people of Ghana on whose behalf, we have been called upon to administer justice, we assure the people that we shall keep faith and keep fidelity to the constitution and shall remain committed to our judicial oaths. God be our helper” Justice Barbara Frances Ackah-Yensu said.

President Akufo-Addo in a letter dated 26 July 2022 and addressed to the Speaker of Parliament, in accordance with Article 144(2) of the Constitution, announced the nomination Justice Barbara Frances Ackah-Yensu, Justice George Kingsley Koomson, Justice Samuel Kwame Adibu Asiedu, and Justice Ernest Yao Gaewu, for the high office of justices of the Supreme Court.

The President by the letter also sought the approval of the legislature, noting that the appointment has become necessary due to pending and projected vacancies on the Supreme Court before the end of 2022.

Justice George Kingsley Koomson and Justice Ernest Yao Gaewu on the other hand had their nominations approved by a majority decision of the Appointments Committee of Parliament. Their appointment is still subject to the final approval of the plenary before they can be sworn into office.

The Supreme Court consists of the Chief Justice and not less than nine Justices. It has exclusive original jurisdiction in all matters relating to the enforcement or interpretation of the 1992 Constitution. It also has supervisory jurisdiction over all the Courts in Ghana. It is located only at the Headquarters in Accra.

Justices of the Apex Court

There are currently twelve (12) Supreme Court Justices according to the website of the Judicial Service of Ghana (www.judicial.gov.gh). The newly sworn in justices therefore bring the number to 14. 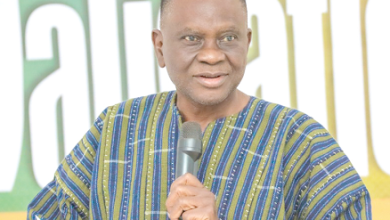