The 2022 Hogbetsotsoza festival (Hogbe Za) of the people of Anlo State in the Volta Region was not just spectacular but historic.

The festival also known as Hogbe Za commemorates the legendary exodus of the Ewe-Dogbo folks from Notsie in present-day neighbouring Togo, some 400 years ago.

Hundreds of chiefs, elders, citizens from Anlo land, and people from across the world gathered to celebrate with the 36 States of the Anlo State amid display of arts, tradition, and culture.

This year’s festival is to rekindle traditional unity and bonding and forged new traditional alliances among some of the most prominent kingdoms in the country.

The durbar held at Hogbe Park, Anloga, the traditional and ritual capital of the Anlo State, was fully packed with the presence of Otumfuo Osei-Tutu II, the Asantehene and his entourage of chiefs.

The Asantehene’s visit is historic in every sense, especially being the first time in over 120 years that an Asantehene was visiting Anlo.

The last Asantehene to do so was Asantehene Kofi Karikari in the 19th Century.

The presence of the Asantehene rekindles the celebration of the age-long relationship between the Anlo State and the Asanteman while that of the Kwahuhene and Ga Mantse would help forge a bond with the two kingdoms as part of the bigger objective of using the Hogbeza platform to foster unity, peace and national cohesion.

Daasebre Osei Bonsu II, Mamponghene represented the Asantehene at the 2019 Hogbetsotso Festival at Anloga after Togbi Sri III, the Awoamefia of Anlo visited the Manhyia Palace in Kumasi for the 2018 Akwasidae.

Vice-President Alhaji Dr Mahamudu Bawumia, represented President Nana Akufo-Addo and his entourage, which include staff from the Presidency and, Members of Parliament, Dr Archibald Yao Letsa, the Volta Regional Minister, Municipal and District Chief Executives, as well as people from political parties and the entertainment industry like Edem, Volta Regime Music Group President attended the celebration.

The Vice-President’s visit is also historic because it was his first, as well as the second in nearly 15 years by a high-profile leader of the New Patriotic Party (NPP).

Dr. Bawumia, is the first leader from the current NPP regime to attend the Hogbetsotso Festival in six years, and the second since President Kufuor in nearly 15 years.

Speaking at the gathering, Togbi Sri III, the Awoamefia of Anlo, said COVID-19 denied them the organisation and celebration of the festival for two years, the same way its effects were wreaking havoc on the economy.

He said the Russia-Ukraine war had added another dimension to the crisis with escalating fuel hikes, food shortages and high inflation.

He appealed to the people to remain patient with the government for a permanent solution to the difficulties.

The Awoamefia bemoaned the increasing exodus of professionals from the Anlo area, saying they needed their collective support to the development of the area.

He said the time had come for them to redirect their efforts at building a solid Anlo State to serve as a motivation for the young ones.

Asantehene Otumfuo Osei-Tutu II, said his forefathers and the Anlos forged a military pact, which he wanted to practicalise through development to benefit the two kingdoms for a win-win situation.

He recalled the strong relationship between the Asantes and the Anlos, dating back to over a century, and culminating in a suburb in the heart of Kumasi called Anloga.

The Asantehene noted that political machinations have threatened this relationship, thereby creating needless suspicion among the two groups.

He therefore, called for the strengthening of the relationship to promote the rich culture of the two ethnic groups, and for the benefit of the nation.

According to him, he had been yearning for an occasion like that to demonstrate to the whole world that Asantes and Anlos were inseparable and could only work to better the fortunes available to them.

He said it was time to maximise the human resources of the two kingdoms and improve the productivity and creativity of their people.

Daasebre Akuamoah Agyapong II, the Kwahuhene, said he agreed to particiate in the fesitival to forge stronger ties due to the positive mindset of the people towards work and peacebuilding.

King Tackie Teiko Tsuru II, the Ga Mantse, who presided, appealed to the Anlos to unite and forge a common front for development to thrive, adding that, they should close their ranks and not allow politicians to divide you.

Addressing the gathering, Dr Bawumia was impressed by the historic visit of the Asantehene and called for stronger tie of unity between the two.

“I’ll like to take this opportunity to specifically thank and the Asantehene, and the Kwawuhene for making it to this festival.

“I can say that the historic record shows that the last Asantehene to be in Anlo was Asantehene Kofo Karikari and this was over 120 years ago.

“And therefore, this is truly a historic occasion to have Otumfuo Osei Tutu II to come,” Dr. Bawumia said.

“We have been given the history by the Otumfuo that the relationship between Asante and the Anlo State, dates back to the 19th century during the reign of the Asantehene Kofi Karikari, when the Asantes, Akwamus and the Anglo states formed a tripartite alliance,” the Vice-President said.Dr. Bawumia also commended the Awoamefia, Togbe Sri II, as well as the Chiefs and people of Anlo, for sustaining the Hogbetsotso Festival all these years, urging further that the festival, and other rich culture of the Anlo and others states in the country, should continue to be preserved as a legacy for unborn generations.

The Vice-President also used the occasion to address the current high cost of living, resulting from the global economic crisis, assuring that government is doing all it can to resolve the issues.

Dr Bawumia, pointed out that it is wrong to measure government’s performance only by  the current post-COVID-19 economic difficulties.

He said the country’s economy outlook before the onset of the pandemic was positive; thus the reason the government continued to attribute the current crisis to factors emanating from the pandemic and the Russia-Ukraine war.

“Judging government by the development in the global space and not including the performance of the economy when we assumed office in 2017 to 2020 is an anti-climax. And we all know that period gave us a strong economy,”   he added.

Dr Bawumia said the government had chalked many successes across all sectors, including school infrastructure, railways, fish landing sites, interoperability, restored teachers and nurses allowances as well as many transformational policies and programmes.

He said government was working assiduously to stem the high food and fuel prices and urged Ghanaians to be patient.

He identified with the strong cultural heritage of the Anlo people, which is a panacea for the development of the creative industry, an enabler and a driver for sustainable national development.

He said Keta and Anloga continued to harness a chunk of the tourism traffic and urged the residents to maintain the peace at all times.

While commenting on the economy and its challenges, Dr. Bawumia also highlighted the numerous projects, policies and social interventions the NPP Government has been able to deliver in the past six years “notwithstanding the global economic challenges” the government has faced since 2020.

The event on the theme: “Uniting for Development, sustaining our Unique Cultural Commonwealth for Future Generations, has King Tsuru, the Ga Mantse as the Chairman.

As of 6am on Saturday, November 5, 2022 there was heavy presence of traditionalists, cultural troupes, other groups, and religious bodies at the durbar ground to participate in activities to climax the week-long activities of this year’s festival, after a two-year break due to COVID-19.

Corporate Institutions, private and public sector businesses are also participating fully in what many dubbed ‘Hogbe-Za to the world.’

There was a heavy security presence amid cultural displays and performances as well as firing of musketry.

The Anlo Ewes remained one of the closest allies of Asantes just like Dagombas, Nzemas and the Akwamus with the two sides supporting each other in times of war.

The relationship between the two parties, which took the form of military alliance dates to the mid-1750s of the 18th century.

The Asantehene during the celebration of Akwasidae, which was attended by Togbi Sri III, the Awoamefia of Anlo, told the gathering that those politicians, who did know the treaty between the Anlos and the Ashantis would try hard but fail to place a wedge between them.

He said the claim that Ewes, particularly, the Anlo and Asantes are enemies, was a concoction made by post-colonial politicians to divide the people to win votes.

The bonding is inseparable even today, a royal Anlo Ewe can easily form part of the Asantehenes circle to perform rituals in the sacred stool house during Akwasidae or Odwira.

Asantehene Kofi Karikari presented a sword to Awadada Axorlu I, the military commander of Anlo to seal the alliance between Asante, Anlo and Akwamu.

The sword is still preserved today and is among the regalia of the Kaklalu Stool of Anlo.

It is this strong alliance that made Asantes accept Anlo Ewes to settle in Kumasi in large numbers and even have a particular place in the city named after them, ‘Anloga Junction.’ 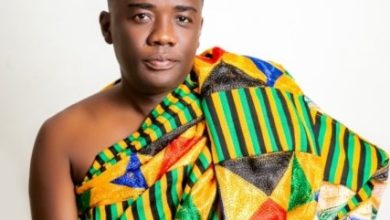 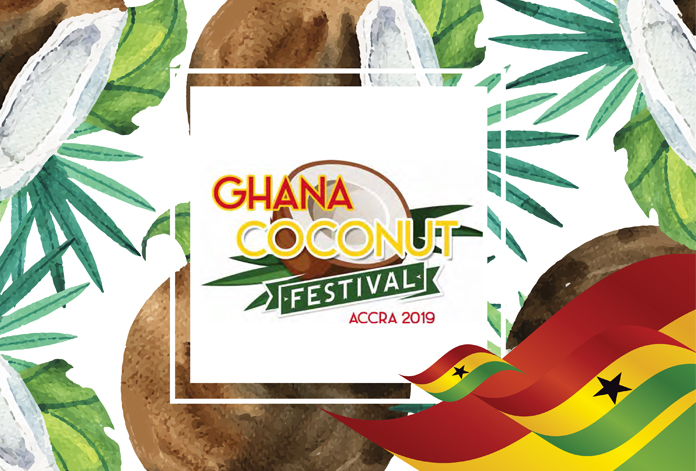