Kyerematen’s resignation is expected to pave the way for him to officially declare his intention to run for the Flagbearer position of the governing New Patriotic Party (NPP) ahead of the party’s congress later this year to elect a flagbearer for the 2024 elections.
Oppong Nkrumah, who until recently has been quiet on commenting on happenings in government, our sources said has over the past few months understudied Alan Kyeremanten in a bid to ensure a smooth transition.

The pair were in August last year seen together at the launch of a national African Continental Free Trade Area (AfCFTA) Policy Framework and Action Plan to position private businesses in the country to take advantage of AfCFTA fully.

Kojo Oppong Nkrumah is the Minister for Information and Member of Parliament (MP) for Ofoase Ayirebi Constituency. He is a Barrister and Solicitor of the Supreme Court.

He previously served as Deputy Information Minister and Dr Mustapha Abdul-Hamid during the first tenure of the Akufo-Addo administration.

Before joining politics, Oppong Nkrumah had worked with British American Tobacco as a Treasury Analyst. He also worked as a broadcast journalist with Joy FM of the Multi-Media Group where he hosted the “Super Morning Show”. He later left Joy FM and established his own Private Equity Firm, West Brownstone Capital.

He has a bachelor’s degree in law (LLB) which he obtained from the Ghana Institute of Management and Professional Administration (GIMPA). In 2016 he was called to the Bar as a Barrister and Solicitor of the Supreme Court of Ghana. 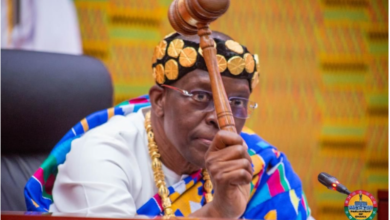