In an interview on Nkawkaw-based Agoo FM, Richard Essien, the director of Health at Afram Plains South District indicated that; two suspected cases have been recorded in the area during their community outreach program last Saturday.

According to him, blood samples have been taken for test in Accra waiting for the outcome latest by tomorrow Wednesday 15th June 2022.

He disclosed to the host on the Morning Show ‘Ene Nso Bio’ that the two, one adult and a child live in the same house, and both have been isolated to circumvent a possible hike of the disease, adding that they have been given the required medical attention and are now responding to treatment.

Richard Essien admonished the general public to eschew the habit of eating dead animals when found in the bush and also adhere strictly to the Covid-19 protocols.

In another development, the District Director of Health at Birim North District Mary Achiaa disclosed that, her office recorded the first suspected case last week adding that blood sample has been taken and awaiting potential results this week.

She further stated that sensitization program is now underway to prevent possible spread of the disease.

According to her, the suspect is a visitor who has traveled from Accra and refuted to report herself to one of the CHPs compound in the area after noticing some signs and symptoms. 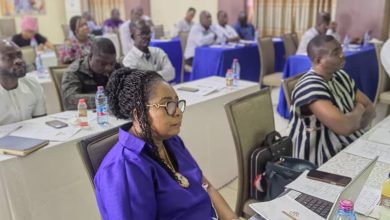