The District Level Elections for the Lower Manya Krobo Municipal has been adjourned by the Electoral Commission, Ghana (EC) after an application for an injunction by two teenagers.

This was contained in a press statement issued on Monday, January 16.

“This has become necessary due to an Application for injunction filed against the Electoral Commission at the High Court in Koforidua.”

The two teenagers – Michael Tetteh and Angel Agyeman – recently turned 18 and claimed the EC had violated their constitutional right to exercise their franchise in the impending district level elections pursuant to Article 33 of the 1992 Constitution.

The teen applicants also stated the Commission failed to conduct a registration exercise that would have enabled them to register after attaining 18 years of age .

They consequently filed an the application for an interlocutory injunction on the polls.

The High Court gave the order restraining the Electoral Commission and its agent from conducting the elections until the final determination of the case.

A dispute over alignment of six electoral areas in the Lower Manya Krobo municipality in the Eastern Region and Dangme West District in the Greater Accra Region delayed the district elections in 2011.

The Supreme Court passed a verdict to maintain Akuse as part of the Eastern Region.

The litigation has since changed the electoral calendar for the assembly and unit committee members’ election in the Lower Manya Krobo Municipality.

This year, the assembly elections were supposed to be held on Tuesday, January 18 but the application for an interlocutory injunction against the EC by the teenagers would delay the elections until after the determination of the case.

The EC would have to set a new date after the case.

The Lower Manya Krobo Municipal Assembly is made up of 31 elected members. 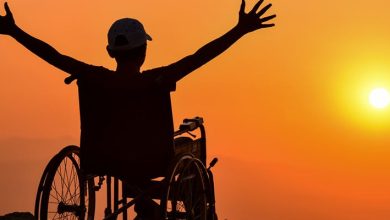