One of the younger sisters of Ghana’s former Foreign Minister, Hanna Tetteh, has taken to social media to share information about how she has been investigating identity theft on her US-born children in collaboration with the US Embassy in Ghana.

Hanna Tetteh’s sister, who goes by the Facebook name “Kristina Tetteh”, said on her Facebook page as part of her Christmas messages that she spent the greater part of this year [2022] investigating the identity theft on her US-born children: 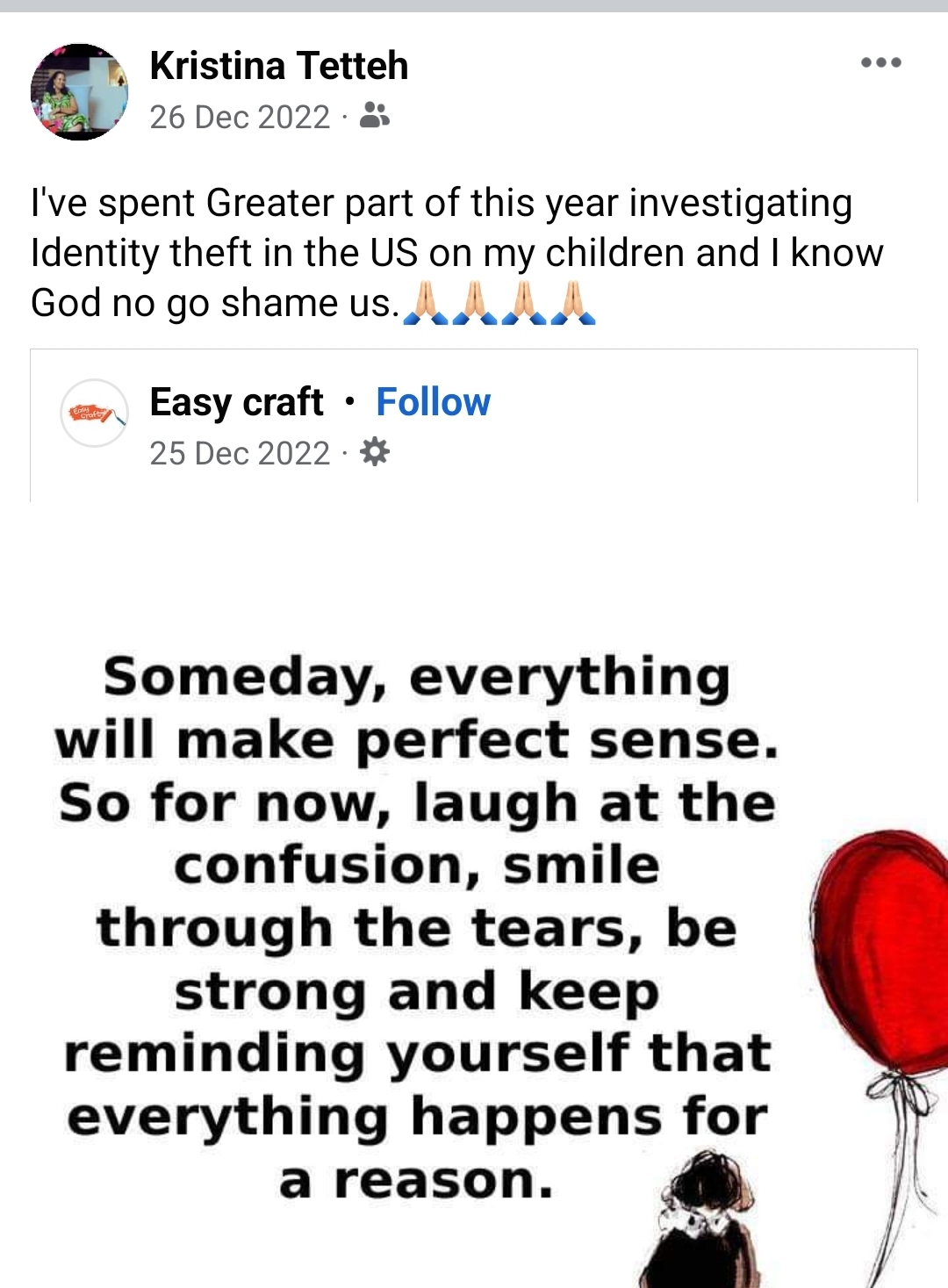 “I’ve spent Greater part of this year investigating identity theft in the US on my children and I know God no go shame us”, she said.

The lesser known sister of Hanna Tetteh, who has listed on her Facebook profile as a Director at AH Hotel & Conference and Former Conference & Banqueting Manager at Peduase Valley Resort, explained she reported to the US Embassy after she found out early this year (2022) that someone had used her kids born in the US to file taxes and claimed their benefits, adding the father of the children also said he didn’t know anything about who filed the taxes with the children and claimed their benefits when she asked him: