By the policy, cheap petroleum products will be imported into the country in exchange for its gold.

“The demand for foreign exchange by oil importers in the face of dwindling foreign exchange reserves results in the depreciation of the Cedi and increases in the cost of living with higher prices for fuel, transportation, utilities, etc,” Vice President Bawumia explained in announcing the new programme.

“To address this challenge, government is negotiating a new policy regime where our gold (rather than our US dollar reserves) will be used to buy oil products. The barter of sustainably mined gold for oil is one of the most important economic policy changes in Ghana since independence.”

But Mr Boakye said aside the policy not thought through that well by government, its structure seeks to hand control of the country’s gold and oil value chain to politicians.

“The structure presented as ‘Gold 4 Oil’ only seeks to hand control of the gold and oil value chain to politicians,” he wrote on Thursday, December 29.

“No other value can be deduced. It is obvious that if cheap oil comes to Ghana, other unknown factors will be responsible. Not gold.”

He pointed out that the government should rather come clean on the policy “to justify its competitiveness to the current private sector led approach”.

“For the government to commence a potential $8 billion annual transaction (approximately $4 billion on gold and oil, respectively) with no credible information to the public on the parties involved in the external realm is terrible.”

He added that the new policy could escalate the smuggling of gold from the country.

“The country has been struggling to account for volumes of gold produced in the small-scale sector for years because of tax evasion and illegal gold traders who aggressively compete on price. Making PMMC the sole gold buyer could be the worse that happened to the government’s efforts to raise tax revenue from the sector.”

National Cathedral: Board of Trustees Seek God's Intervention for Completion of Project 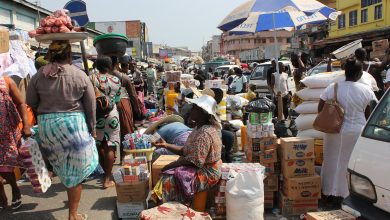