President Nana Addo Dankwa Akufo-Addo has sacked the Minister of State at the Ministry of Finance, Charles Adu Boahen.

A statement by the Director of Communications at the Presidency, Eugene Arhin, said the action follows the President being aware of allegations levelled against the Minister in the Tiger Eye P.I. expose, ‘Galamsey Economy.

“the President spoke to Mr. Adu Boahen, after which he took the decision to terminate his appointment, and also to refer the matter to the Special Prosecutor for further investigations.”

“The President thanked Mr. Adu Boahen for his strong services to his government since his appointment in 2017, and wished him well in his future endeavours,” the statement said.

Here is a copy of the statement: 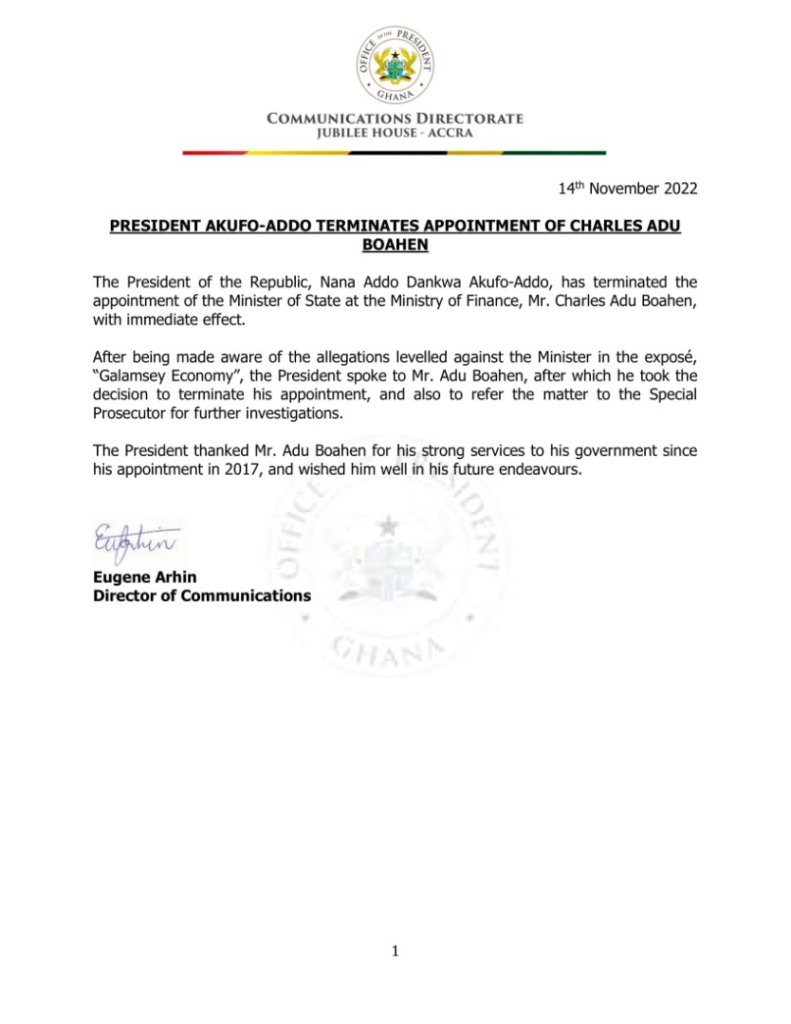 Our Ministers and the Cash - Anas Aremeyaw Anas Reports 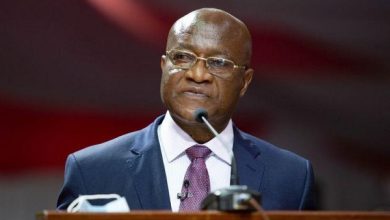